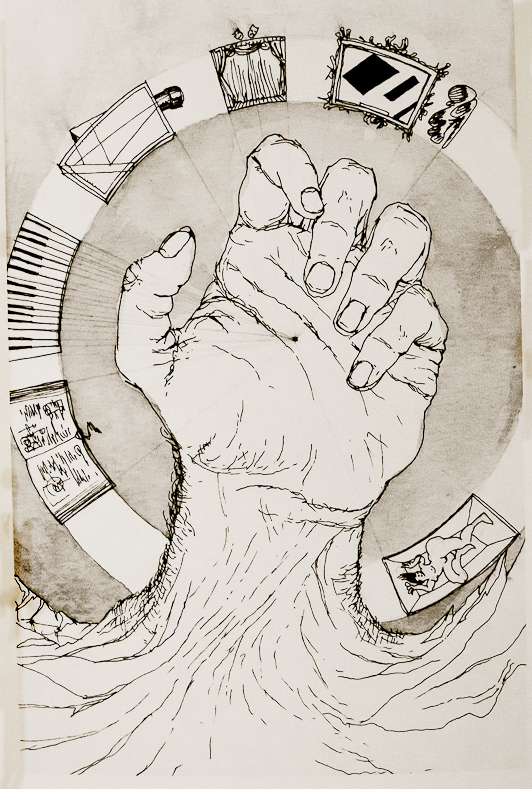 [cenacle] – A discussion group or literary clique—also, a small dining room where a literary or philosophic group eats and talks (from Latin cena, “dinner”), such as the room in which the Last Supper was held.

Inherited from the literary  “salons” of the 19th century, which brought together writers, poets, and musicians, we want to create a new kind of cenacle, with an open and modern approach.

Turning art into an “atheist religion”,  celebrating auto-derision and hedonism, based on exchanges and new technologies, the  “veillées du Cénacle”  promotes both questions and answers -far from the absurd- on the part of artists in exhibitions, playful activities and simultaneous happenings.

The idea is to use the technology of communication from the 21th century to make those meetings as open as they were closed, and to give them an access and a visibility for a large audience.

Every Veillée has his own theme, following the manifest of absurdism surrounding, and leading to The Odyssey by Night; 12 movies about a modern adaptation of the Homer’s Odyssey.

One vision of our European civilisation through the prism of Art, science and History, from ancient Greece till the present day.
Subscribe to our newsletter to be informed on the next event, or for any additional information. 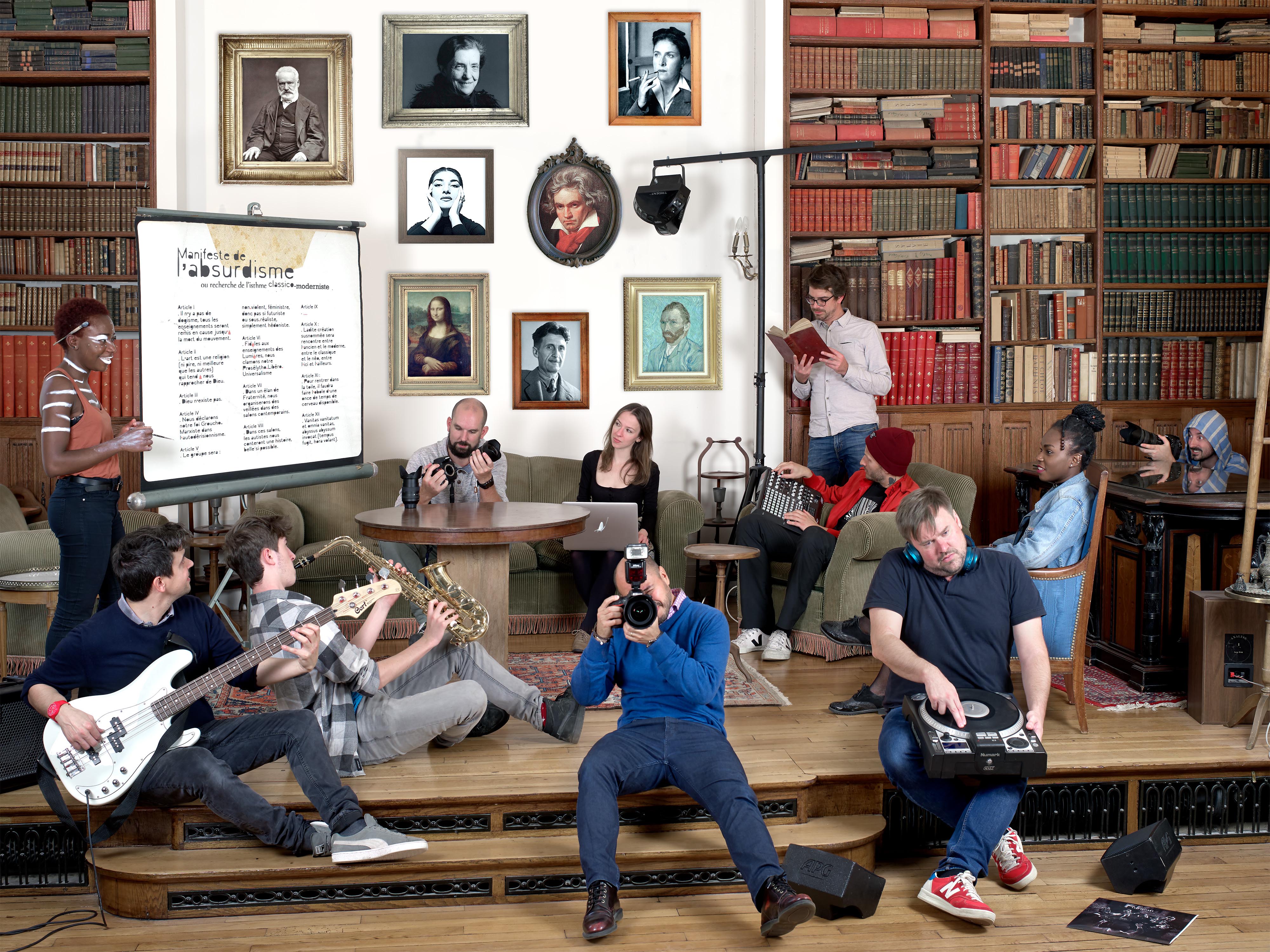 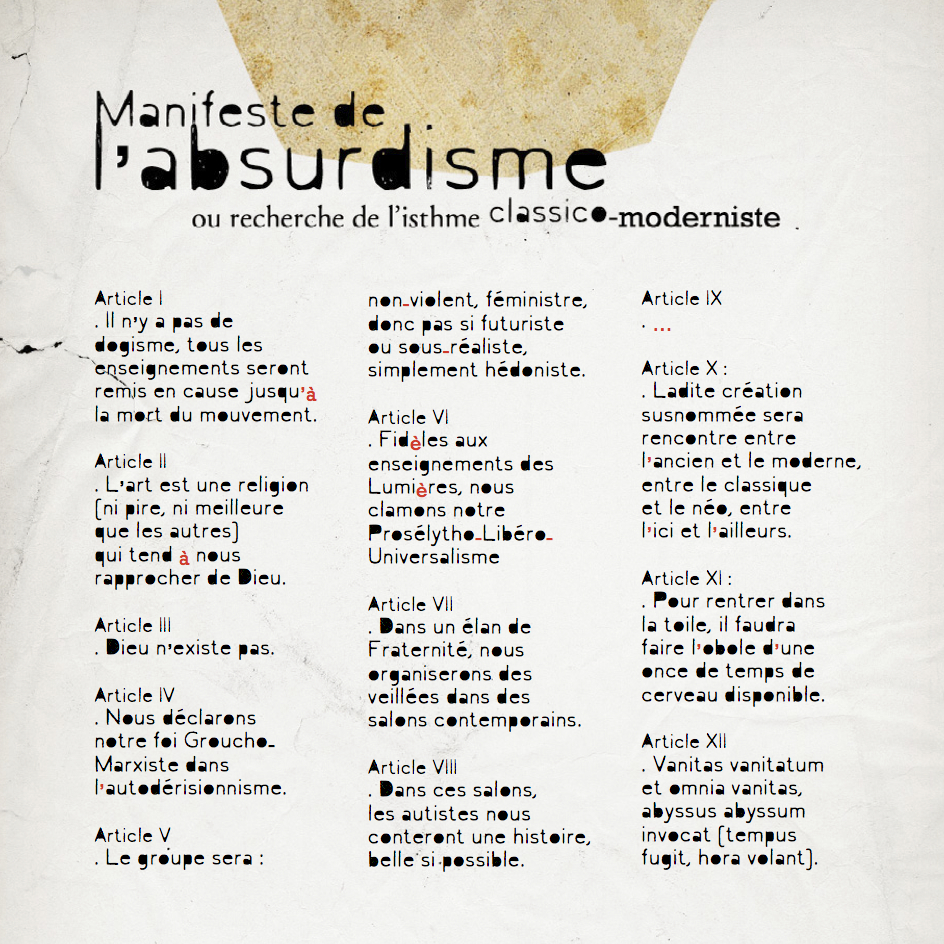